Stimulating the interior viability is the driving force to realizing all-rounded rural revitalization. In 2020, Haihui has developed poverty alleviation projects of rural industries in areas like Xiaojin in Aba, Zhaojue in Liangshang, Xiangcheng in Garzê, Qingshen in Meishan; as well as Qichun in Hubei province, Enping in Guangdong Province, Kashgar and Turpan in Xinjiang province. With the faith of “teaching people how to fish”, these projects helped low-income local households to invest in the animal husbandry such as the raising sheep, cattle, pigs, chickens and so on. The projects also mobilized the development of surrounding areas through a unique mode of “passing on the gift”. It benefits farmers and their families preliminarily through the practice of “the value-based, comprehensive development of rural communities” and “the value chain of happiness creation through poverty alleviation”. The mode of these projects advocates and implements the broader implication of the comprehensive development of community, ameliorates the local poverty situation, and makes the achievement of poverty alleviation sustainable.

Launched in 2016 in Enping city, Guangdong Province, the Poverty Alleviation Project of Ecological Agriculture Industry in Impoverished Rural Area in Guangdong Province has helped 1600 poor rural households achieve self-reliance and sustainable livelihood by the end of 2020. Previously, although the local people had some traditional animal raising, it did not have certain scale and the farmers was not capable of entering market. From the designing phase of the project to its implementation, we adhered to rules of being community-centered, local culture and resources based to help build community, increase income by developing value chain, and transforming ecological resources.

By 2020, the project has been implemented for five years, contributed to the harmonious development of local communities, and greatly improved the self-confidence and sustainable development ability of low-income local households. The project won high praise from local government and people. At the same time, the project combined its exemplary leading role and radiation effect, and through the force of the government, it got widely publicized which can help the model to be replicated in other villages or communities and help make contribution to the sustainable development and revitalization of rural communities. 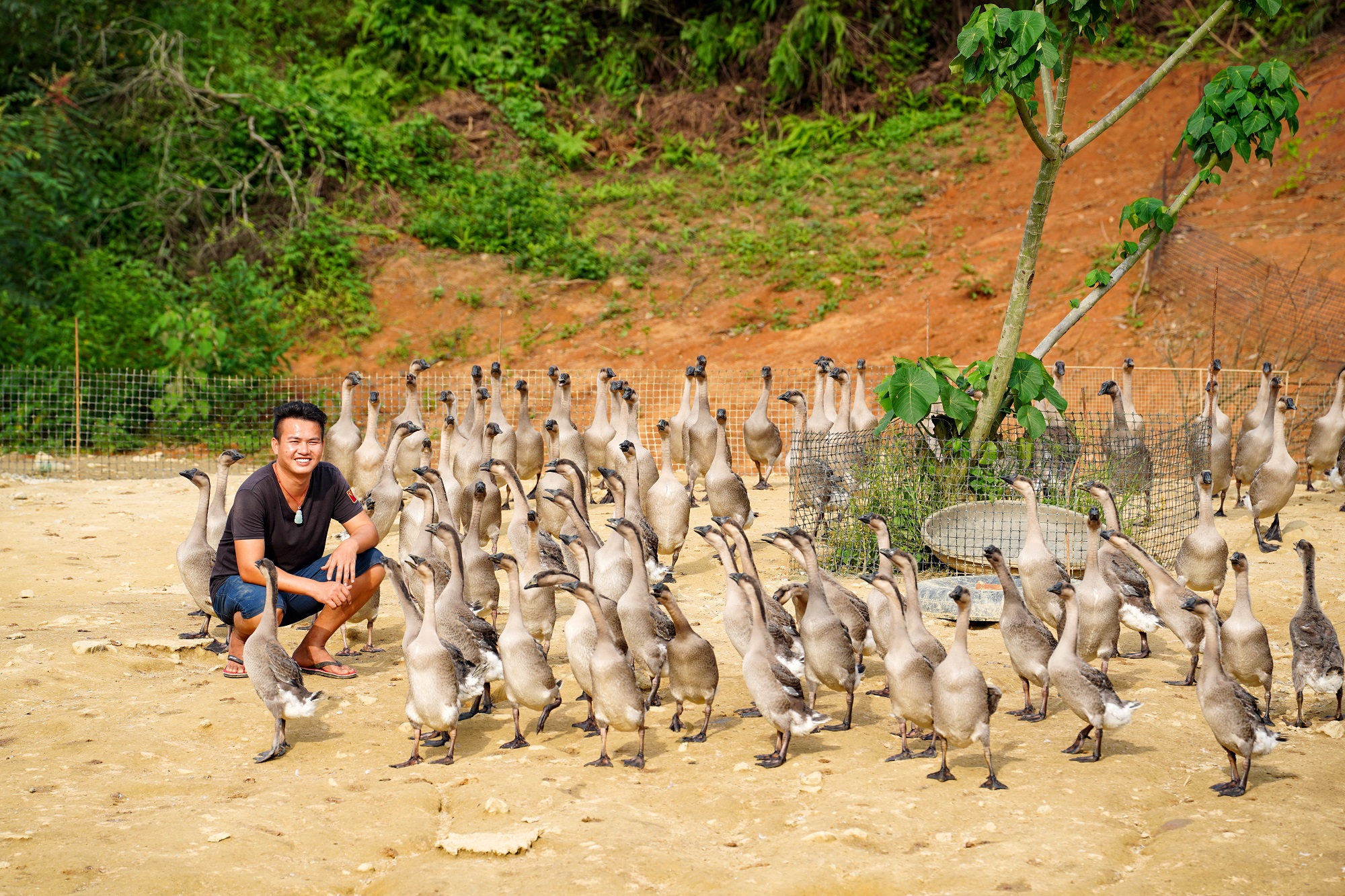 Born in the Gaotang Village, a small mountainous village in Naji Town in Enping county, Tan Jianping has been called “Pingzai” since childhood. After graduating from junior high school, Pingzai, like most of the teenagers in his village, left hometown for work. After years of making a living outside, Pingzai came up with the idea of returning to his hometown and start up his own farm business.

With the support of Haihui’s project, Pingzai set up the Gaotang Village Farming Cooperative with like-minded young people in his village. With the initial fund provided by the project, they began to learn and raise geese and ducks with modern scientific approaches and earned 100 thousand RMB in the first year. These young people, with their hearts tying to the development of their village, spent part of their money to buy materials, welded and installed solar streetlights in the village by themselves. Villagers were all grateful to them. “In the days when I wandered away from hometown for work, I always thought of returning to my hometown one day and help with the development there with my villagers,” Pingzai said with genuine emotion.

Due to the influence of COVID-19 in 2020, the price of young seedlings and feed had huge fluctuation, and the market demand for ducks and geese had a sharp reduction. This posed a great challenge to Pingzai’s cooperative which was just starting out. Fortunately, the cooperative had gained a good reputation and public praise before the pandemic, which helped it receive a large order to raise 12000 duck seedlings, thus helped make up for the loss of income. “Now I am gradually realizing my wish and leading many villagers to prosperity. This makes me fully motivated at work and I feel more secured and down-to-earth” Pingzai said. The affirmation and support from different people make young people like Pingzai, who has returned home to startup businesses, more confident to give their best after the pandemic.